It’s Friday 13th so how about some Sailing Superstitions? 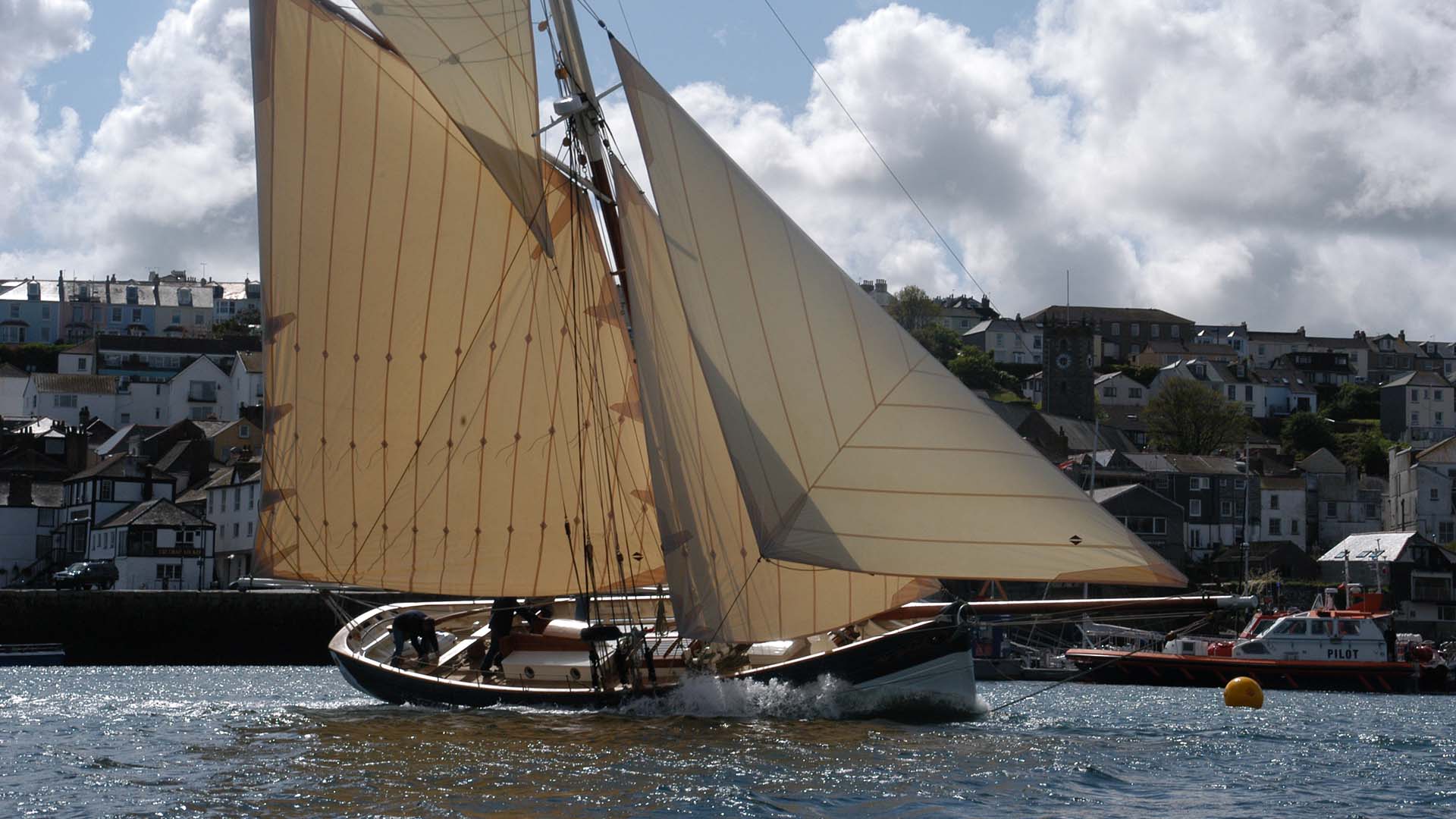 It sometimes amazes me how little knowledge folks have about going to sea in sailing ships. Not that tedious stuff about weather forecasts and which ropes to pull but the really important things like when to whistle and why you should leave your bananas at home. As it is Friday the 13th I thought I’d sort you all out with a list of dos and don’ts to make sure that you don’t bring bad luck along with you when you come sailing next year...

Believe it or not these are all real sailing superstitions, however for a bit of fun there is one fake in here – see if you can find it – answer in the comments below if you think you know.

Finding/Outfitting a Ship
Before you even think of going to sea I’d advise you to get a boat. There are some out there that might eschew this sound advice and prefer instead to swim the length of Britain or across the Channel to France but where I ask you are they planning to put the duty free on their return leg?

Not just any boat will do. Green boats are out. Boats with silver coins under the mast foot are in. While you’re about it a figurehead of a woman with bared breasts will be calming to the angry oceans and if you can mortise some stolen piece of woodwork into your keel then your voyages will pass all the faster. 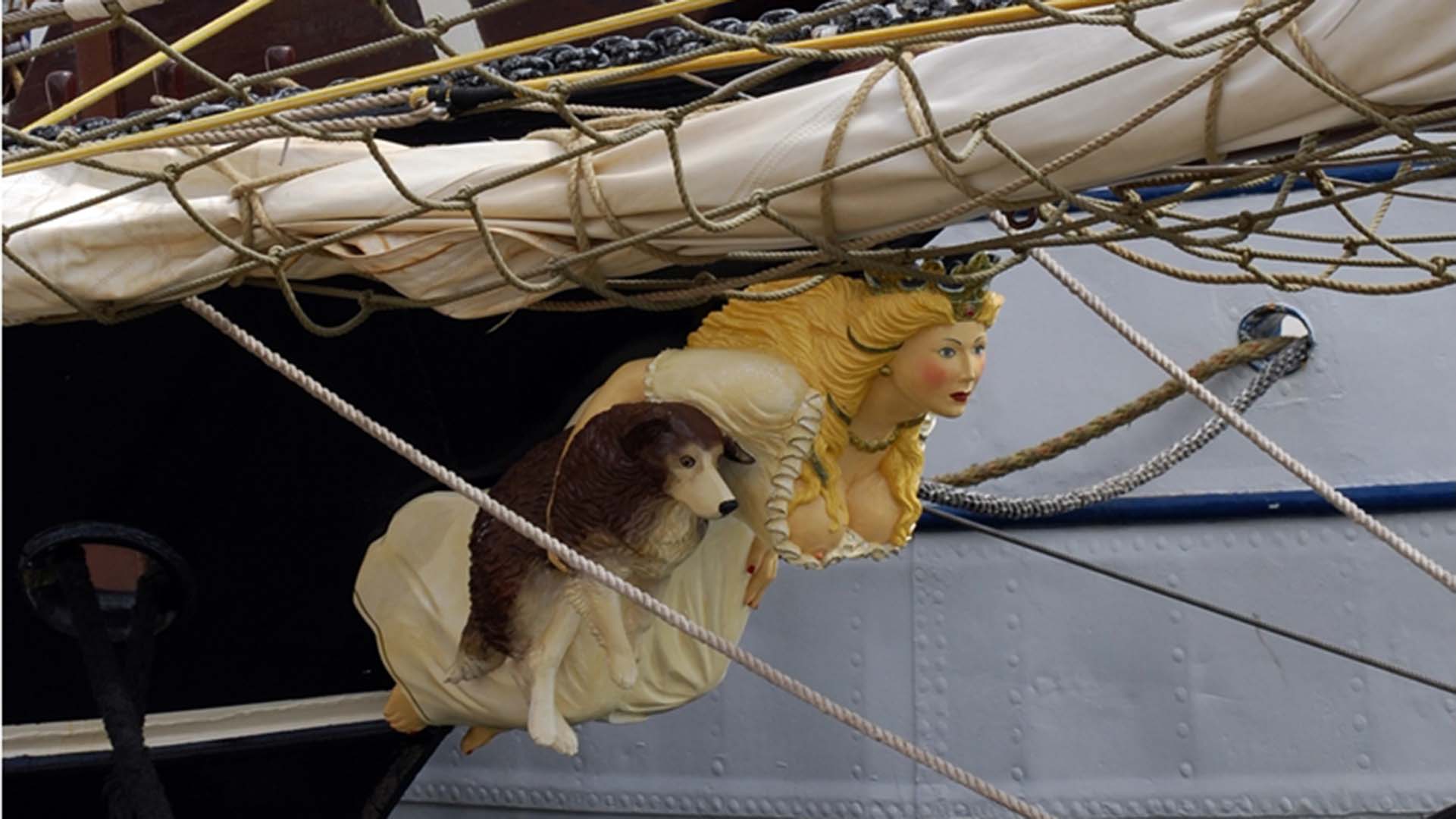 Having found a vessel, whatever you do, don’t even think about changing her name without attending to task of de-naming her properly. This involves eradication of all traces of the name aboard and writing the old name on a piece of paper. This paper should then be folded, placed in a wooden box and the whole thing burned (the box that is, not the boat).

With the ashes of the box discarded on an ebb tide you are now ready to move on. For your own sake when you do name her again, don’t have a name ending in an “a” and do have a bottle of red wine handy. Champagne is a recent affectation; red wine is an acceptable substitute for the blood of a slave or other gory sacrifice.

When to go
So now you’ve selected a ship for your passage but what day to leave? Fridays are out, obviously, as are December 31, the first Monday of April and the second Monday of August. Careful scrutiny of a Bible will help to explain why. Thursday’s aren’t brilliant either as being Thor’s Day they are inclined towards thundery weather. Ideally aim for a Sunday and all should be well. 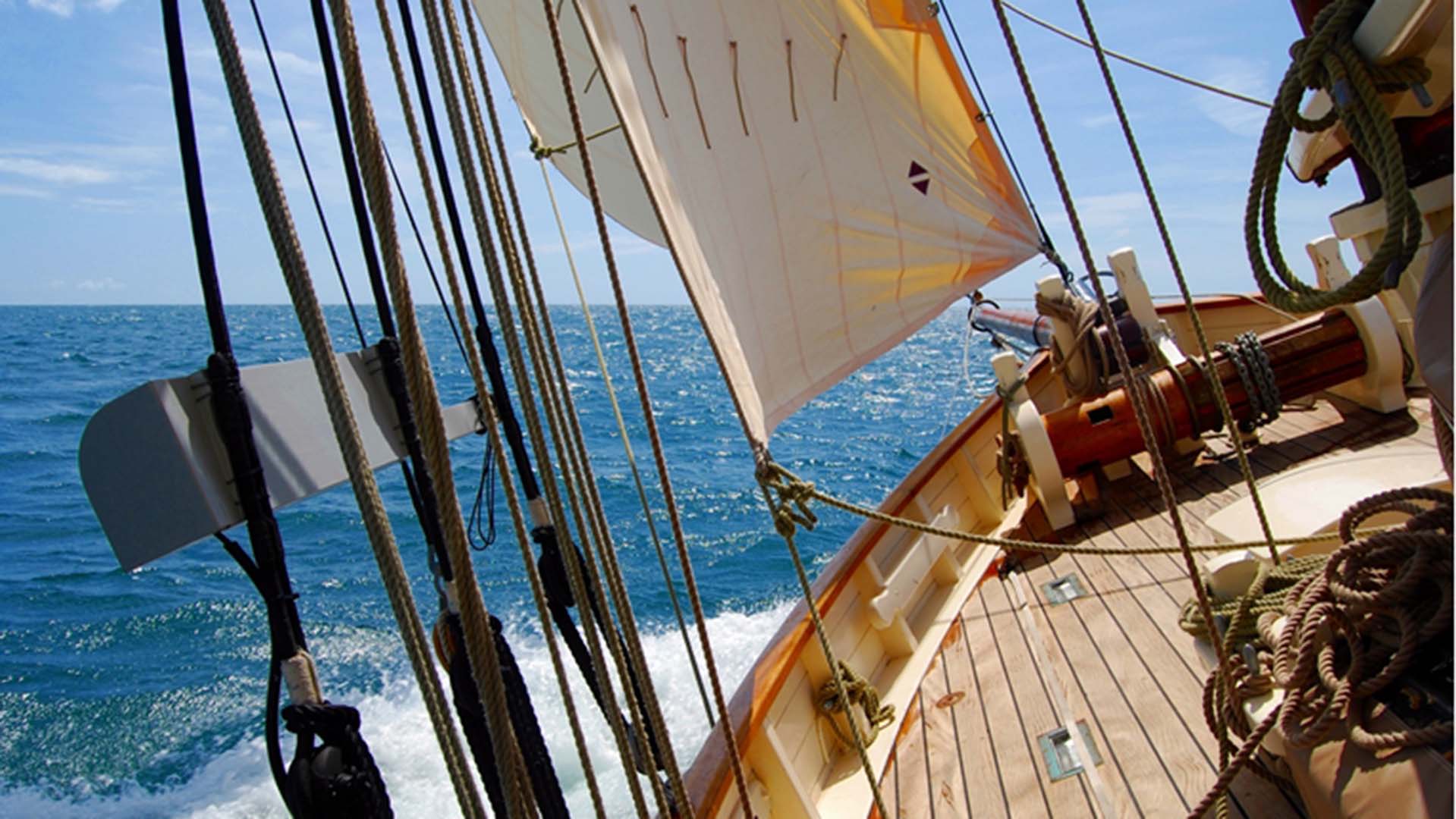 A funny thing happened on the way to the boat…
Even assuming that all is fair for your Sunday departure you now need to be careful on your way down to the quay. Ginger-haired folk, flat footers and vicars are best avoided if you want to go to sea. If someone says “goodbye” then stay ashore, and “good luck” can only be countered by a swift bloodying of the offenders nose. Do not stop by the green-grocers for a bunch of either bananas or flowers – both will bring death among the crew. A libation of wine for the boat and coin for Neptune will likely see you survive the voyage, but climbing aboard with your left foot forward will court disaster and should a stone be thrown across the boat and into the sea then you will never return.

Who to sail with
As the vessel pulls away from the pier, give careful consideration to your crew-mates. Women are likely to bring bad luck (unless made of wood and nailed, naked, to the stem as previously mentioned). However, should a woman give birth to a boy whilst aboard this will ameliorate things considerably, for a “Son of a Gun” will bring good luck. 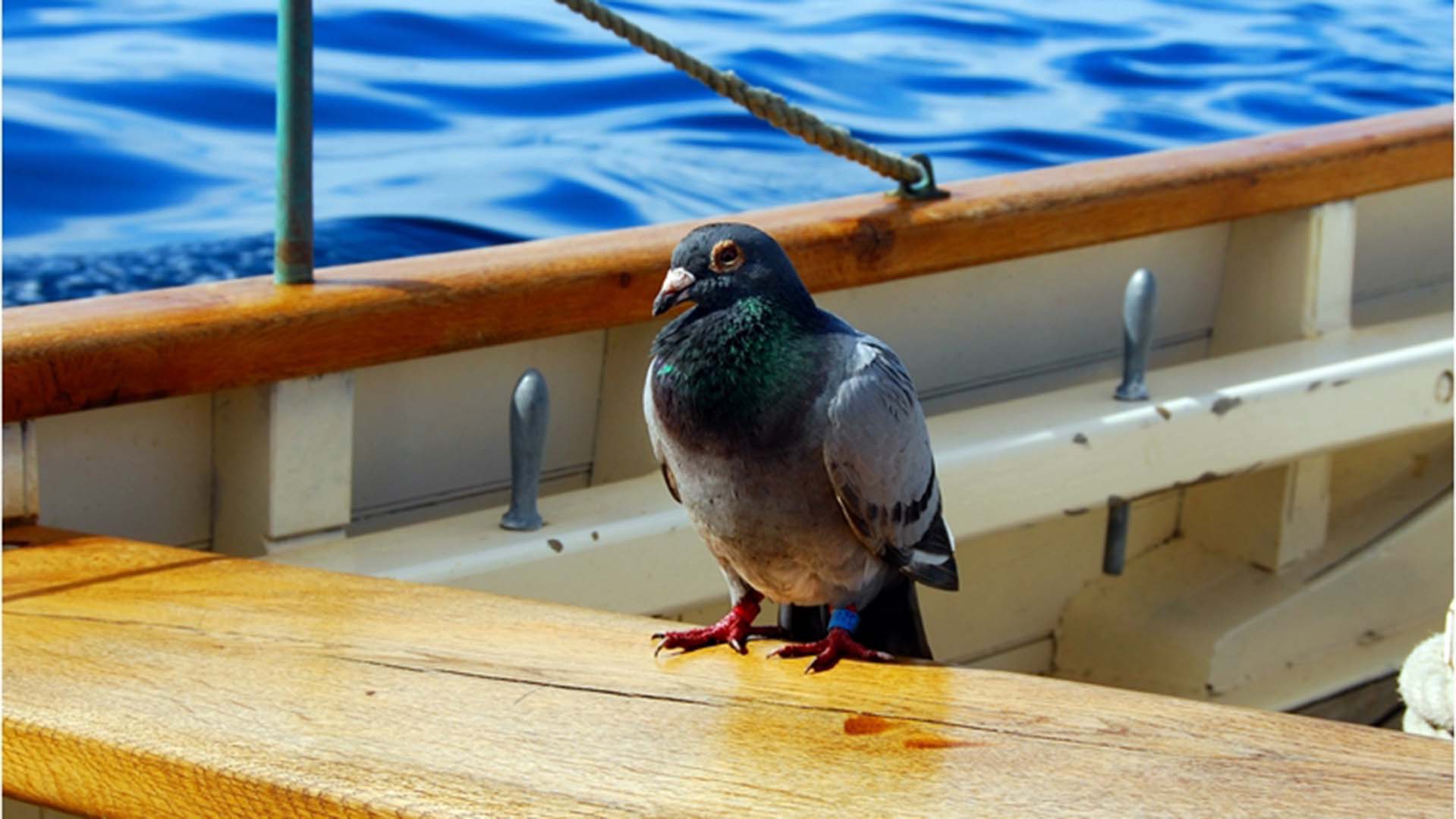 Any priests aboard will soon find themselves attending to a funeral which should happen without delay as everyone knows that a dead body aboard is bad luck and will slow the ship. If any crew-mates are carrying a black sea-bag or an umbrella consider putting them back ashore without delay and, as you slip quietly from the harbour, do not whatever you do look back.

Once safely at sea cut neither nails nor hair until you return to dry land for this is an offering to Proserpina and will anger Neptune.

What to do now aboard
Don’t mention the word “pig” (though having some form of Pork in the ships stores is considered lucky), likewise the mention of “rabbit”, “hare” and any form of the word “drowned” will cause no good thing to happen. Whistling will bring on the wind – avoid it if enough is available already. If you are being followed by a shark expect a death, but dolphins astern will bring good luck.

A stone thrown overboard will agitate the sea and herald a storm, as will jettisoning a cat or the killing of one of those pink animals which must not be named. Everyone knows that rats will only leave of their own accord if the vessel is about to sink so that’s barely worth mentioning, but should the ships bell ring out without being touched then ship-wreck will surely follow.

Even as you close your destination you must be sure not to discuss it as your goal. A ship only travels “towards” its intended landfall and to opine otherwise would be presumptuous and will court disaster. 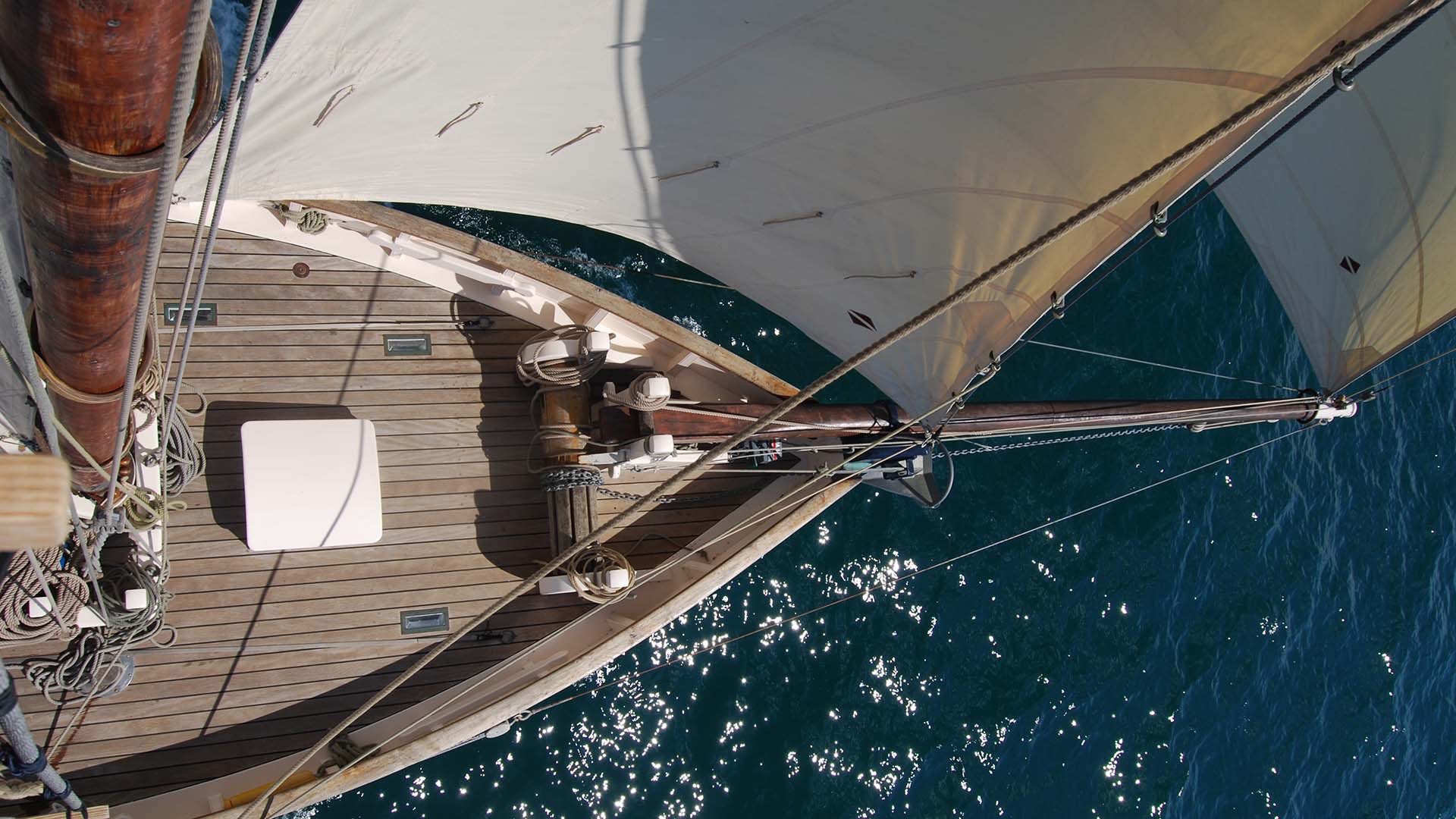 Swallows spotted on your journey are a good omen, however cormorants and curlews will bring bad luck so be careful what you choose to observe with those bird watching binos. Whilst on the subject of our feathered friends remember that gulls carry the souls of men lost at sea and should never be killed.

If by chance you survive your voyage – beset as you will be by foul luck and ill-omen – then you will probably deserve a drink. Do check that it doesn’t contain a shilling or else you’ll soon be at sea once more…