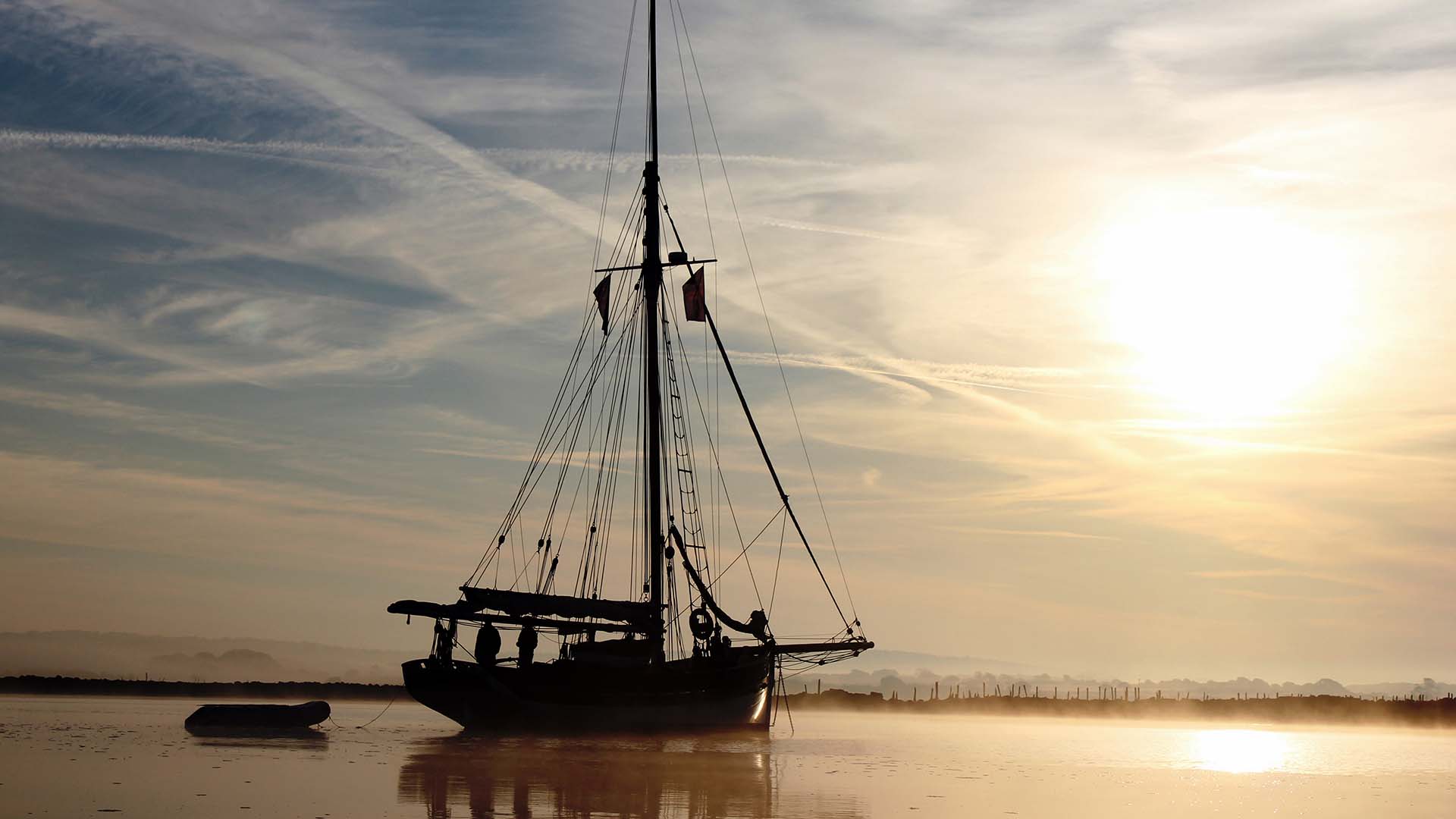 Twenty-nineteen has been a busy year for me aboard the Amelie Rose. Our 11th season saw us sail over 1,800nm, from Scilly to Brittany, the Channel Islands to the Solent. Not counting the hundreds of kids who sailed aboard with the Set Sail Trust, over 90 guest crews have joined us on our adventures this year. We've met old friends and made new ones everywhere we've been and through it all Amelie Rose has been amazing. She is a true pleasure to sail, always looking out for her crew, and always giving her best. As we close on the end of this eventful year, I thought that I’d share some of my most treasured memories.

Amelie Rose is an outstanding ship for sure – she never ceases to amaze me with her power and ability to drive through the craziest conditions – but it’s the people that we sail with and meet along the way that really enrich my life.

Amelie Rose and I would not be able to do what we do so well if it weren’t for the amazing team of First Mates that sail with us. This year we were delighted to be joined by old hands Bex and Adam, who both did sterling work (as always) and we also welcomed three new members of the Topsail Team. Spatch has been the mainstay of our season and his unfailing enthusiasm, good cheer and physical strength have eased many a torrid or stormy day. A big high-five also goes out to Jess and Jack whom we met and sailed with for the first time this year and who we are sure will go on to great careers at sea. A big shout out too to ex-guest Ian Sanders – who helped out at very short notice for the first week of Set Sail and was absolutely wonderful with the kids – thank you to you all!

The Topsail Team are only part of this story however. Our guest crews play a huge part in making our summers such a pleasure. Hearing laughter pouring out of the hatch has become an integral part of the Amelie Rose experience for me, and I take huge pleasure in knowing that our crews often stay in touch with each other at the end of their adventures with us. This year the Scilly visit where we were accompanied by “Lobster Boy” and “The Lightning Brothers” is a particularly treasured memory that will keep me chuckling throughout the dark winter nights. A nod also goes to the folks who joined us for the impromptu boat party that we hosted whilst sailing with Agnes during a week of horrendous conditions on our visit to the Pellew – singing, dancing and rum, all shared with friends, truly a recipe for a happy life (but a shocking hangover). 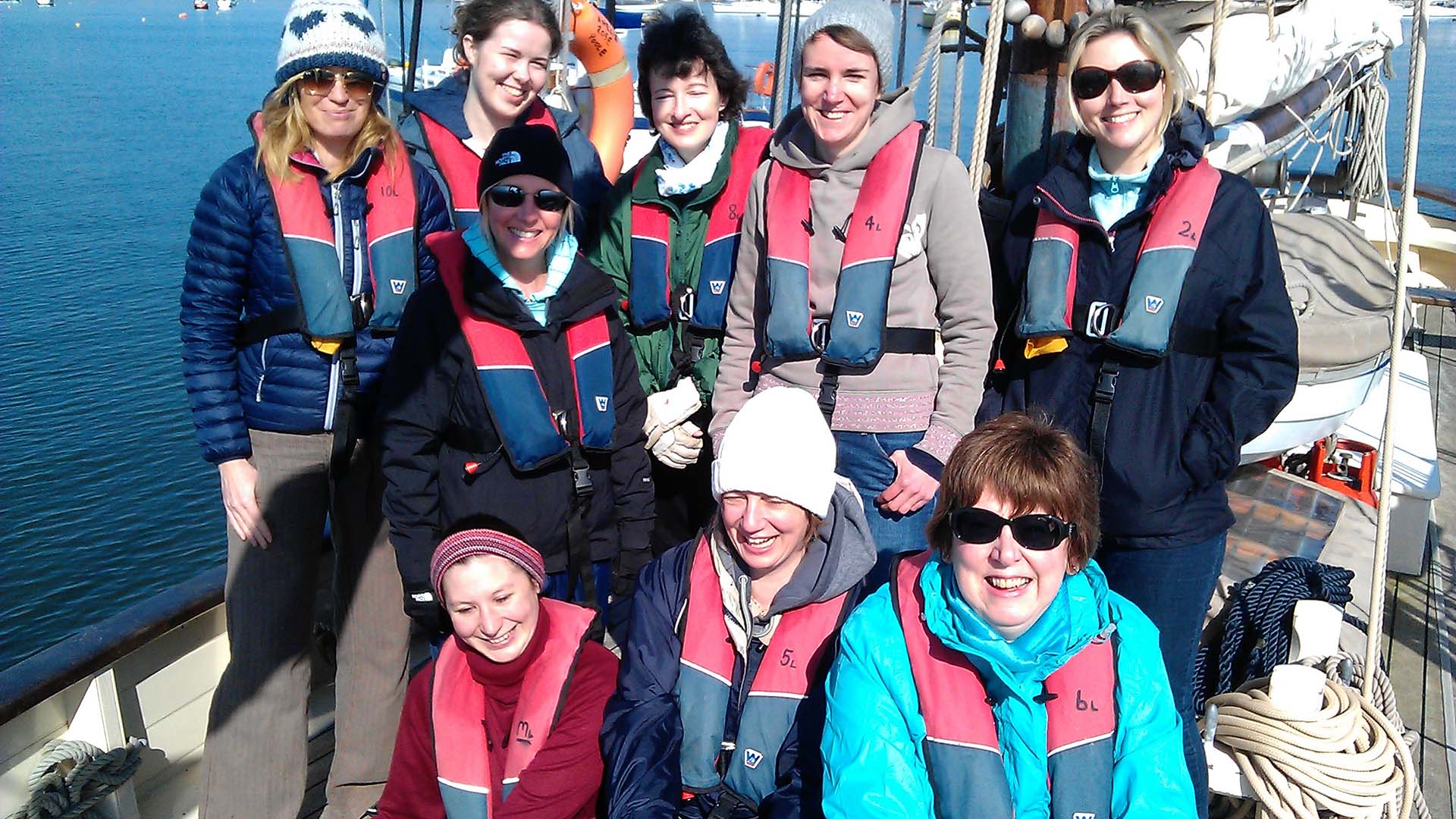 Sometimes it’s the journey – not the destination…

We’ve had some pretty epic sailing this year. The overnight sail to the Isles of Scilly where we delivered one group from a Falmouth carpark to The Cove in under 11 hours will stay with me for a while as will the two-up trip that Spatch and I completed from St Peter Port to Salcombe in just 9 hours. However possibly my favourite sail of the year was from Fowey to St Mawes. Starting at very nearly the back of the fleet, on a staggered starting sequence, Amelie Rose was on fire that day. Over the course of the next few hours she proceeded to pass every single boat bar one (and she was gaining on them too). She finished the race over 6 minutes faster than her nearest rival – truly an incredibly fast boat in a topsail breeze. 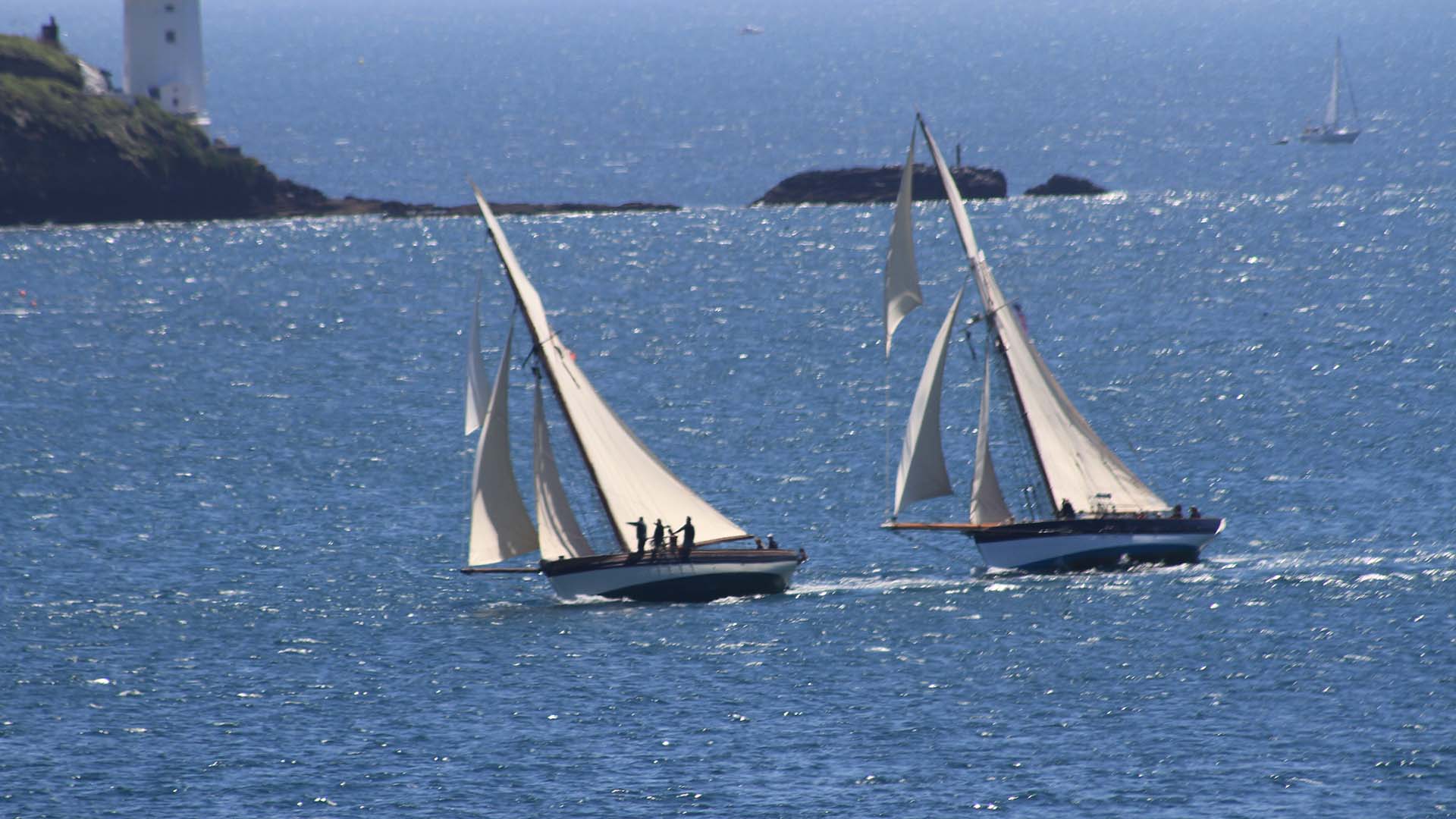 But sometimes it IS the destination…

We completed 23 trips this year. Some of these were to places that we know well but love to visit, like Yarmouth on the Isle of Wight, or the wonderful Isles of Scilly. Others were to more irregular haunts. We found ourselves in Guernsey three times this year, twice for relatively short stays but June saw us resident for two weeks as we took part in the Set Sail Trust’s sailing “week” for the 8th time. This is an amazing event. Back in 2010 when we took part for the first time, we were one of two boats – there for just 5 days – but now three boats take over 700 children sailing over the course of 12 days. With 3, 2 hour trips a day it’s incredibly gruelling for the crews, but without fail, the second that the last trip is completed we all feel sad that it’s over and begin to look forward to the next year.

The Paimpol Festival du Chant de Marin is another irregular regular. Every two years we navigate through the jagged granite behind which this pretty Breton Harbour hosts a fabulous party. This year was the 30th anniversary and was as spectacular as always – but the weather! For the festival itself the skies stayed lovely, but getting there and back was a severe test of my passage planning skills as we threaded our way between some extremely unseasonal storms – resorting at times to Amelie Rose’s third reef – which is a very rare happening indeed!

Heavy weather also plagued our visit to the building of the Pellew. Originally planned as an opportunity for Amelie Rose to welcome her sister to sea, the launch had fallen foul of Luke’s illness last year. We had resolved to visit anyway and planned to sail from Beaulieu to Falmouth and back to do so. First to fall foul of the weather gods was the trip down. With a severe forecast in the offing we had managed to get the boat to Falmouth on the preceding Easterlies but then four days of sailing with Agnes around the Cornish coast was compressed rather by endless gales. Our visit to the amazing Pellew in her yard did see a rare break in the clouds however and this continued for just long enough for us to scream back to Beaulieu before all hell broke loose once more. 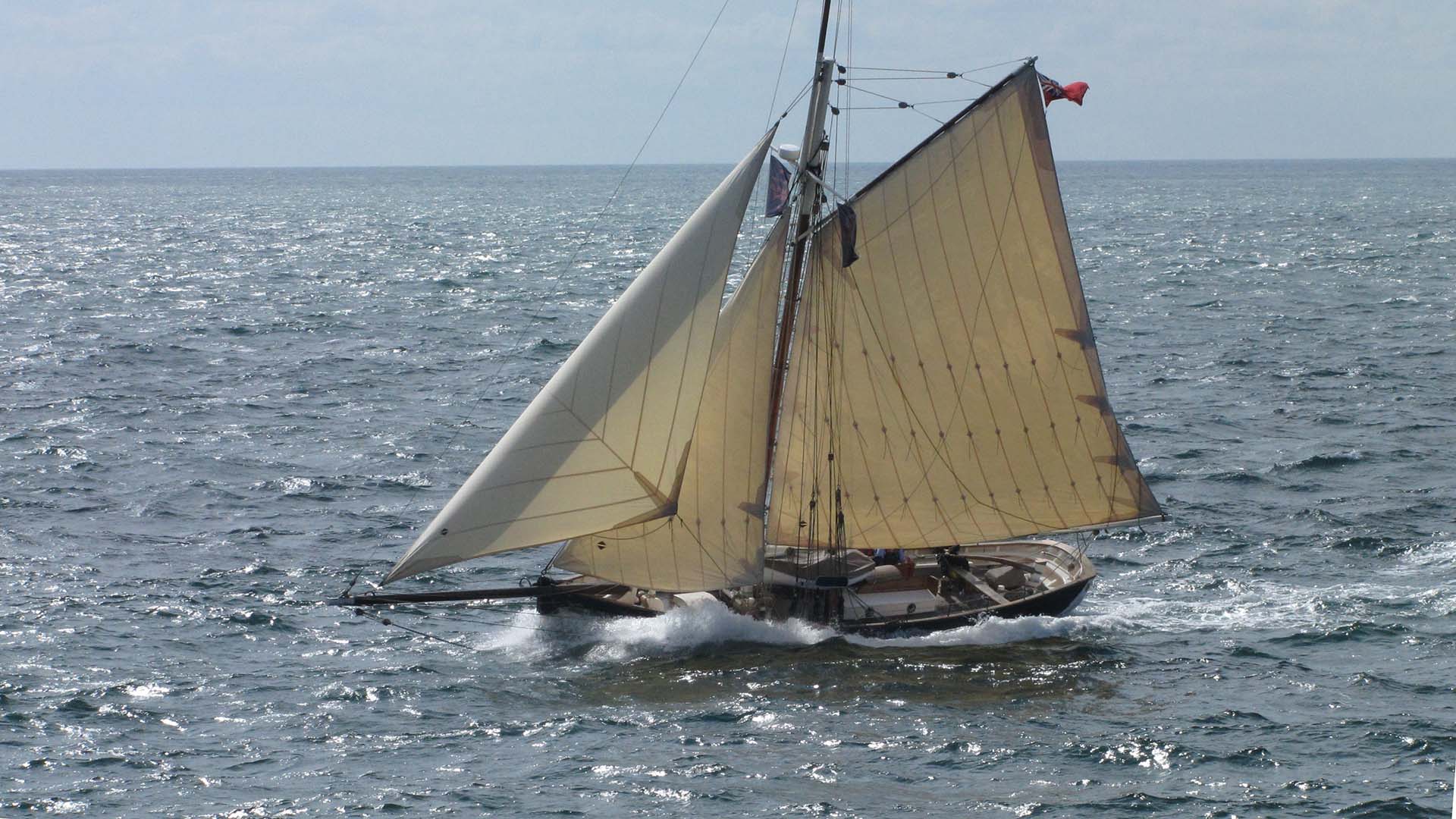 And so, as our 2019 season slips astern it’s time to look forward once more. A new year is on the horizon, indeed, a whole new decade will soon be upon us. We have a new schedule to launch, preparations to make, and a whole new year of amazing experiences to create together. I look forward to it all with great excitement and hope, and who knows, maybe next year you will come along too?