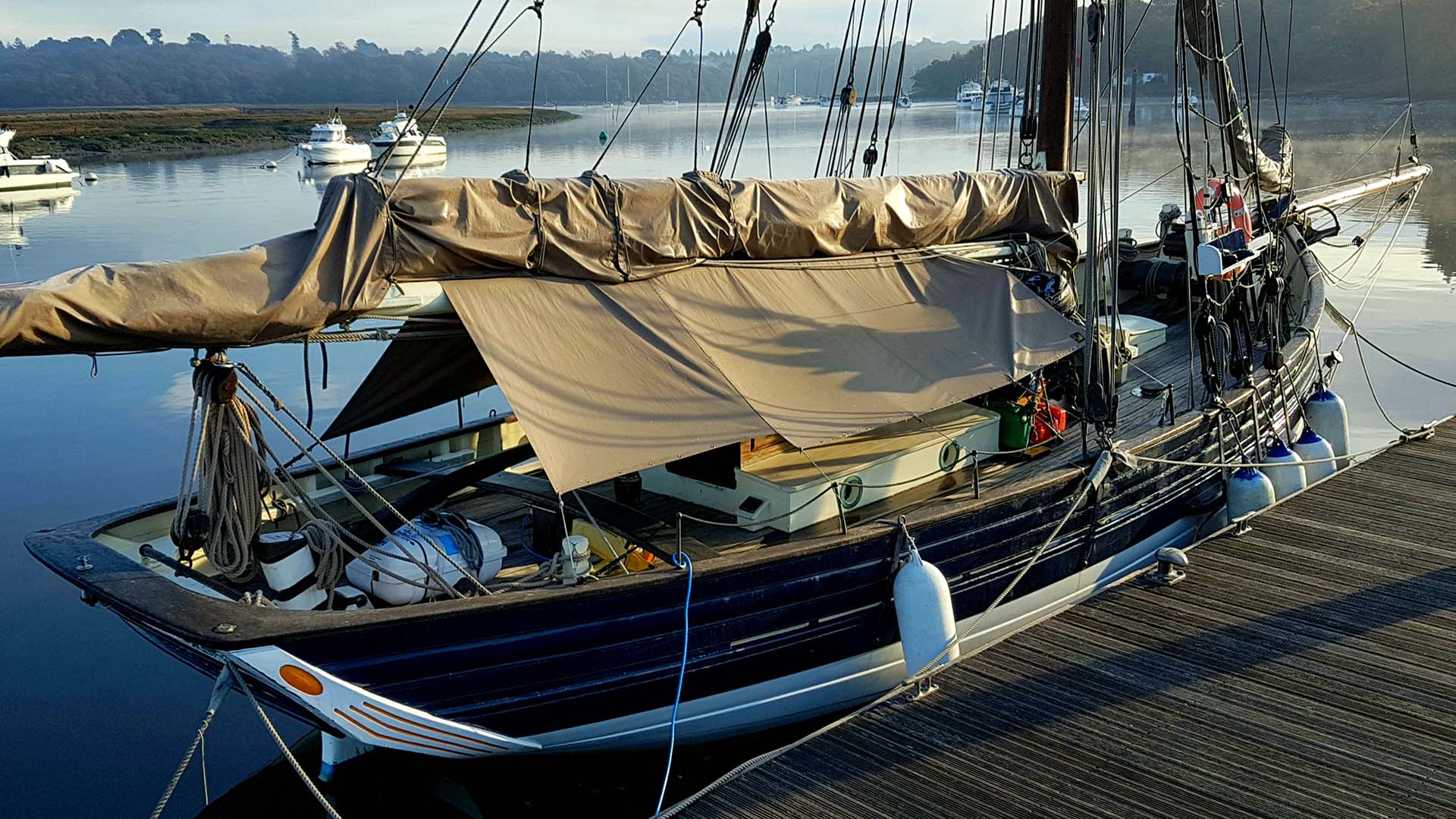 It’s been a weird month it really has. We began full of hope – about to move the boat up to Gosport for her annual lift-out as we entered final preparations for the 2020 season. Now, as April draws to a close, we’re locked-down on the Beaulieu River, down-rigged with the Winter covers back on, wondering if there will be any sailing at all this year.

It was all going so well! Obviously, I was following the COVID-19 situation that was unfolding around the world, and news from Italy sounded awful but, our Government seemed unconcerned and cases in the UK appeared to be limited, so we were piling ahead with preparations for a fabulous Summer ahead. The weather looked set to favour us for Amelie Rose’s lift out and the work-list was prepared.

Then came Monday 16 March, and our PM’s decision to “suggest” to people that they should avoid unnecessary travel and stop going to pubs and restaurants (essentially, businesses like mine where people spend lots of time indoors in close proximity to each other). What followed was a week in which I had to start planning to close the business in order to keep my guests safe, without any order to do so, or any clear guidance from the Government at all. 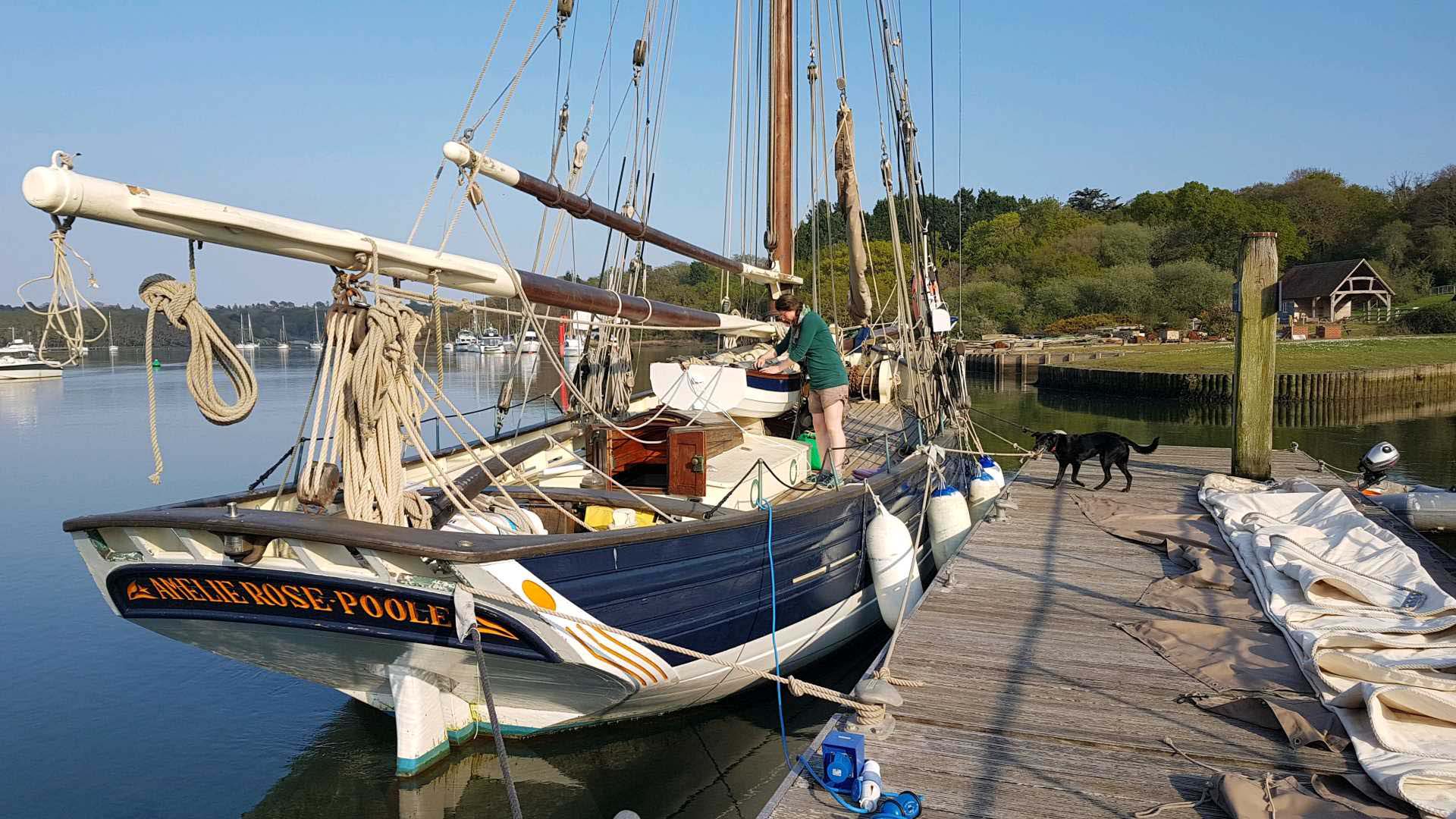 There were lots of conversations between the boat operators that week as we tried to make sense of it all, and make the difficult decision that our Government really should have been making for us. However, by Thursday we all felt that it was pretty clear that we would be unable to guarantee the safety of folks aboard our boats, and over the next 24 hours we all hung up the closed signs and started to cancel trips.

Eventually the government caught up and so here we all are in lock-down – still trying to work out what will happen next as information continues to flow like cold treacle. As predicted the weather immediately turned gorgeous and the sun poured down on Amelie Rose’s decks as I sat – trying to make sense of it all – cancelling trip after trip, whilst trying to build a 2021 season to give folks some hope. Pretty soon I realised that the light that I could see when I looked up from my laptop was not, as I hoped, that of divine inspiration, but sunlight shining through gaps in the deck – uhoh! 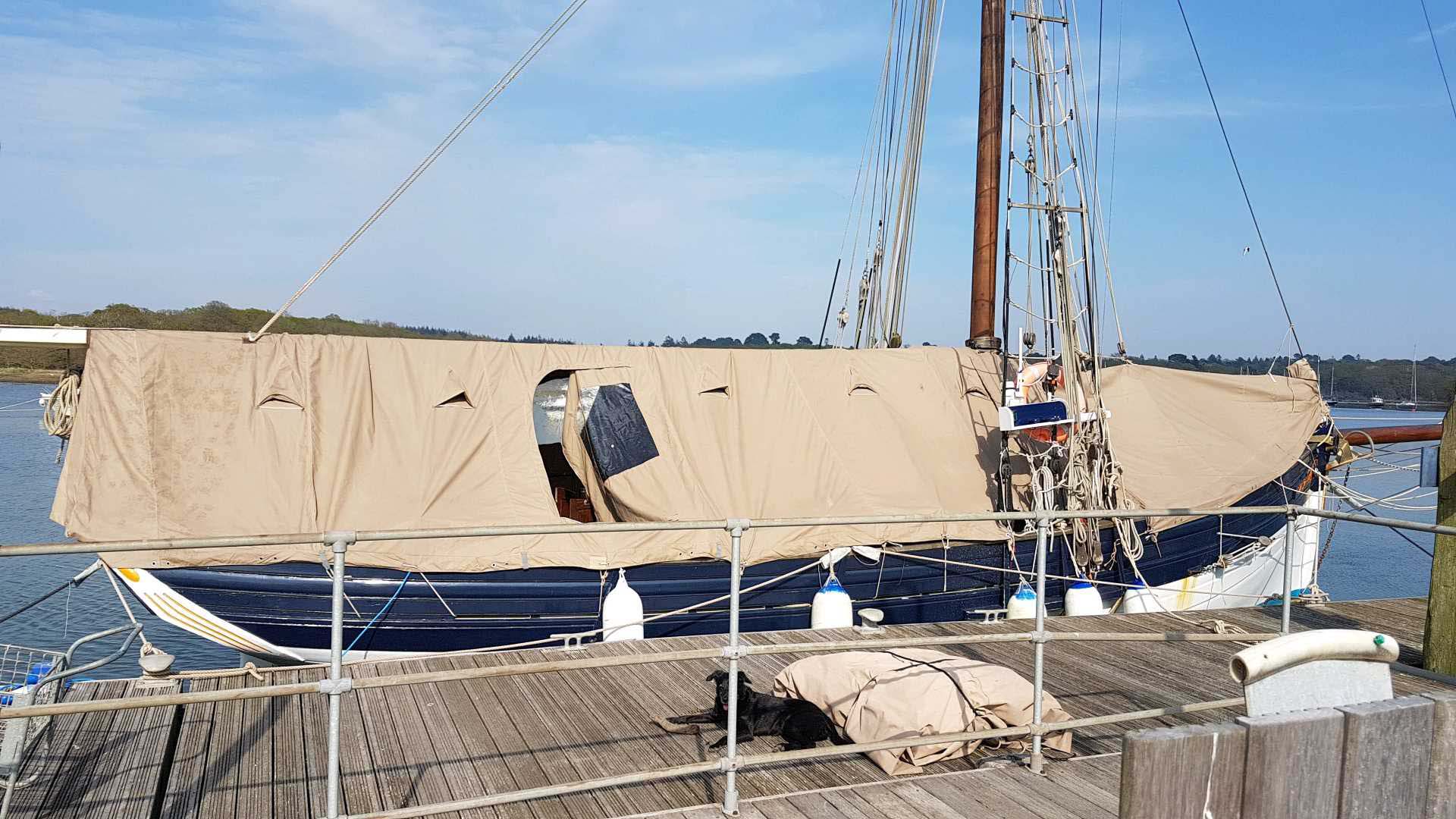 A plan was hatched rapidly, supplies were bought, and I started work on down-rigging the boat in order to put on her Winter cover. Thank God I did, for a few days later a couple of days of rain would have seen me dealing with torrents of water down below. As it was, I spent a couple of days chasing leaks around, using buckets to catch some, and towels to mop up the rest. There’s still some work to do to get the cover as waterproof as possible but at least now I can get on with re-caulking and paying the deck. This is a job that has needed doing for a while, but which really needs the warm and dry weather that we only usually get in the Summer when we are typically otherwise engaged.

I’ll be taking and sharing lots of photos and stories as this work starts. I imagine that initially this will consist of lots of photos of me getting it totally wrong and having to redo things over and over again – but eventually I’m sure that I’ll figure it out! At least if I can get this done then some good will come from our enforced absence from the sea. There is another amazing thing to note too. The support that I have had from the poor folks whose trips I’ve had to cancel has been humbling. Pretty much everyone who could afford to having taken the offered vouchers rather than asking for a refund. I am eternally grateful to them all!

For now – it’s onward to a brighter (and drier) future.