In Praise of Pellew 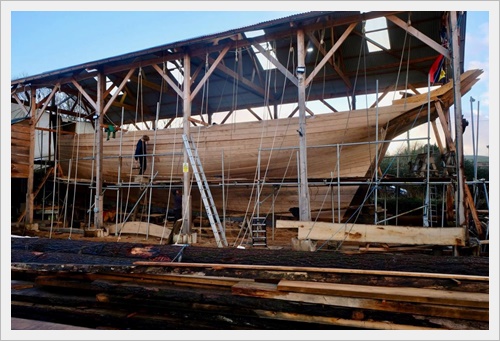 It’s over 12 years since I first met Luke Powell on the deck of his boat Agnes. Since that fateful day he has built me the Amelie Rose and still we’ve become good friends. All that time he has harboured an ambition to build a big boat, a boat that would show off the pinnacle of what Pilot Cutters were capable of being. The Pellew is that boat and it turns out that she’s more than just a behemoth.

The first time I heard about the Vincent was back when we launched Amelie Rose and Luke and I were chatting about what was next for him. At 68 feet long on deck she had been the pride of St Mawes Piloting family, the Vincents, sailing from Falmouth Harbour out beyond the Isles of Scilly for the prize of merchantmen to pilot safely to safe harbour. Luke was in love with the idea of bringing her back to life, I suspect both in order to show that a big boat was within his capabilities but also because as boats grow the compromises that become necessary with the shape of a smaller hull reduce and they can be “as they should be”. 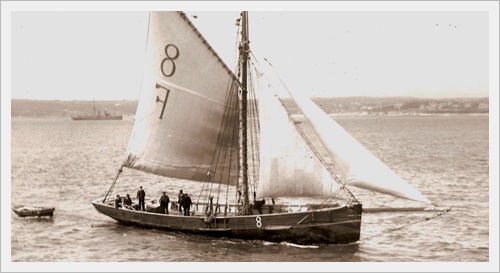 It was 2016 when I heard the news that the project was a go – and that it was so much more than just another build – albeit a massive one. With the backing of an inspired friend Luke was establishing a new yard – the Rhoda Mary Ship Yard – and was finally going to build the boat he had dreamed of, calling her The Pellew after a famous Cornish naval captain. More than this though, the yard would be used to train young shipwright apprentices and the boat would join Agnes to train young people to sail aboard traditional boats.

Since then the build has continued apace – aiming for launch on September 28th 2019. I’ve been down to have a look and the scale is breath-taking. It’s exactly like looking at Amelie Rose’s build if you were suddenly only four years old once more. Her boom alone is nearly as long as Amelie Rose on deck and thinking about taking her helm fills me with almost equal measures of fear and excitement. She will be a beast to be sure but a worthy one. 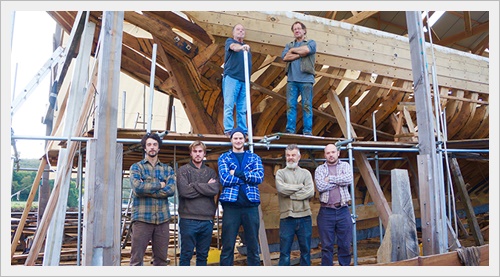 But it’s the plans for the yard and use of the boats they launch that fills me with the most admiration. Luke has almost single-handedly brought the blend of beauty and function of the Isles of Scilly Pilot Cutters back from the grave and with the help of Joanna Powell and some awesome friends is (I hope) about to launch a whole new era of traditional boating skills down there in Cornwall. I look forward to it and wish them all every success.