It’s been a few years since we did a longer cruise to the Channel Islands and we’ve been getting withdrawal symptoms – especially since spending time there on our Clean Seas Odyssey and visiting every year for our work with the Set Sail Trust. With this in mind, when a gap opened up towards the end of the year, we thought it high time that we take the opportunity to schedule a proper visit once more.

From Alderney in the North to Iles Chausey (the only French Channel Isles) in the South the 8 inhabited islands and many small islets and rocky outcrops cover an area of roughly 46 square miles. Though faintly reminiscent of another of our favourite cruising grounds, the Isles of Scilly, the Channel Islands have several major differences to their Cornish cousins. They are more spread out for starters, making inter-island passages more of a day sail and less like rock-hopping. They also have a very French feel – lying as they do less than a handful of miles from the Brittany coast.

The tides thereabouts are both more complex and extreme than those in the Isles of Scilly too. With a range of over 9m, a circular aspect to the tidal streams, and slack water to be found, confusingly, at half tide, they can easily catch out the unwary. At pinch-points like the infamous Swinge and the Alderney Race the streams can run at over 7knts and both this and the presence of many off lying rocks make navigation challenging (which we love!).

Similarities to the Isles of Scilly abound too. Both chains of islands are granite archipelagos, rising sheer from the sea, where relatively deep water lies close in to the land. Both groups of Islands are surrounded by a profusion of rocks and minor islets, and both enjoy generally balmy climates – though for very different reasons. Another similarity lies in differences. Each island in both groups being very different to the others – though in the case of the Channel Islands this sometimes extends to different government too where Scilly all lies firmly in the grip of the Duchy of Cornwall. 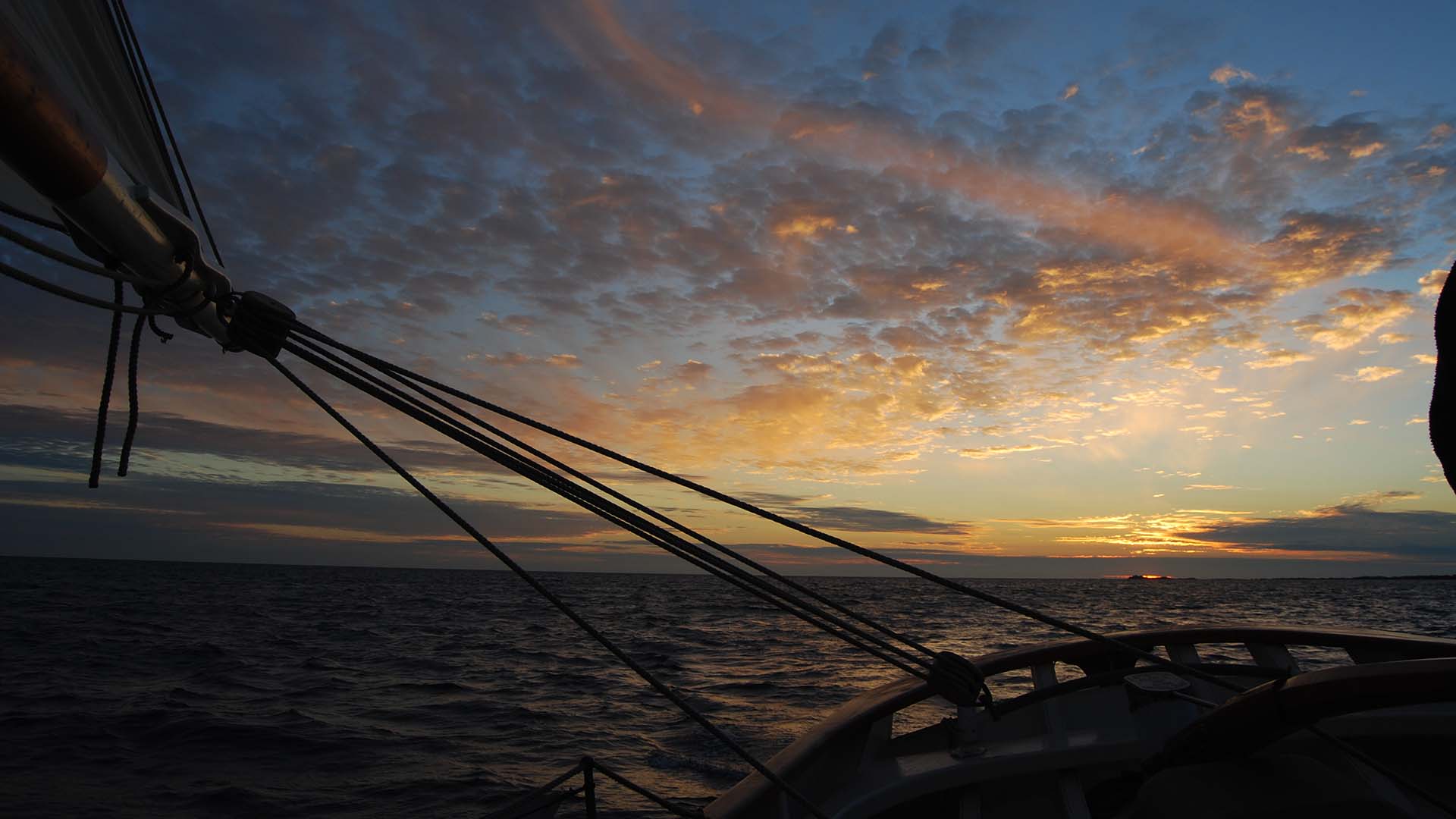 Favourite haunts for Amelie Rose include Alderney, Guernsey, Herm and our particular favourite island of Sark, though we have ventured to Jersey and beyond to Iles Chausey in past years. The mixture of interesting ports and historic harbours, stunning anchorages and challenging pilotage certainly keeps our interest alive and we can’t wait to return.

Running from the 12th to the 20th September (COVID allowing) our Channel Islands adventure will give us 5 or 6 days in the islands – plenty of time in which to explore. Our typical itinerary packs in two channel crossings, navigation through the Swinge and the Alderney Race, and often a pit stop in Cherbourg on the way there or back. Next year’s iteration (11th – 19th Sept 2021) adds even more – leaving from Falmouth and then heading back to Beaulieu – for the ultimate in Adventures around the Western Channel!

Interested In visiting the Channel Islands aboard the Amelie Rose?