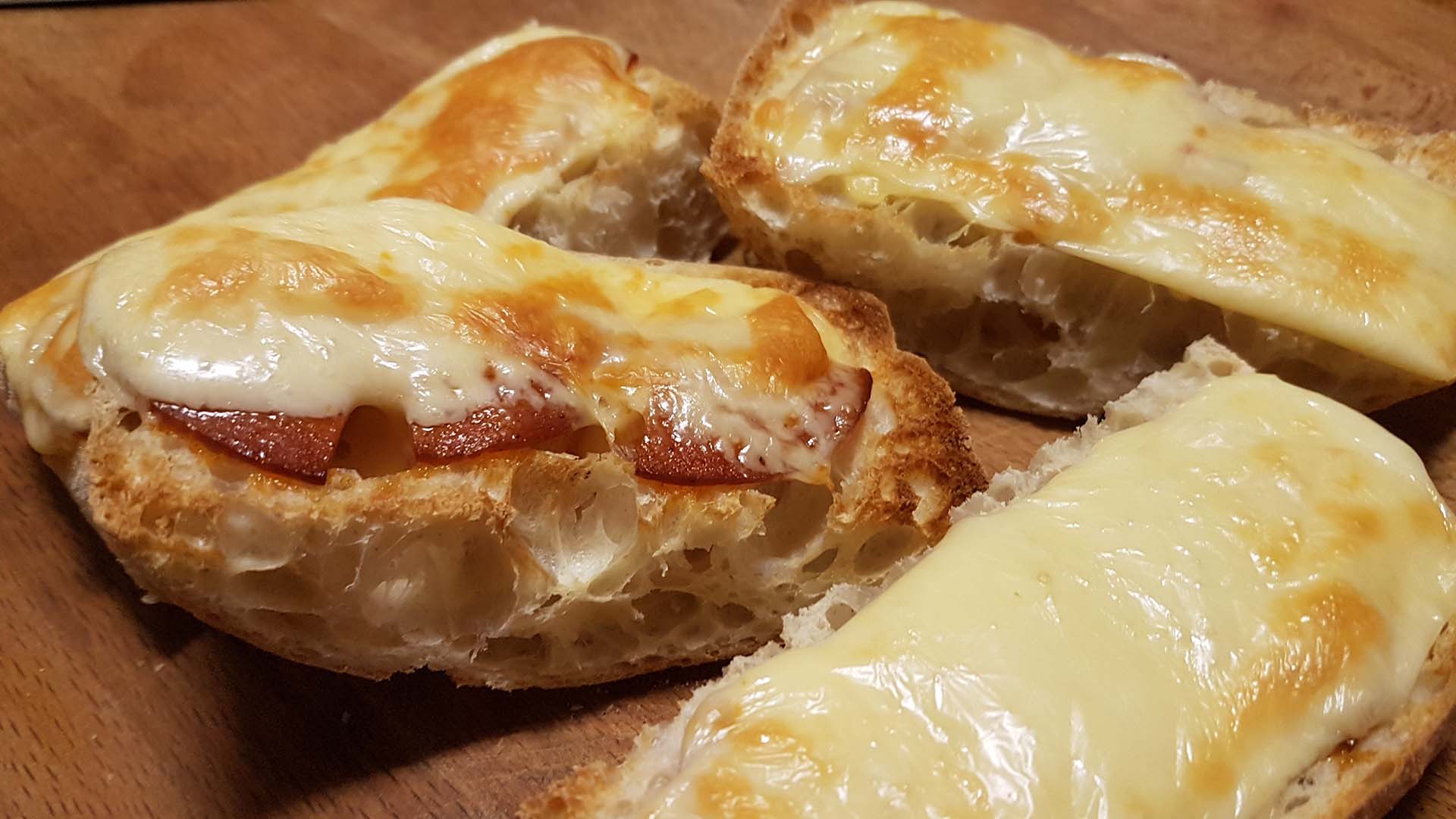 This is another staple on board the Amelie Rose – rarely a trip goes by when some version of this doesn’t pop out of the hatch for one lunchtime or another. Although it’s basically just glorified cheese on toast it’s fast, it’s tasty and there is rarely any left.

The seeds of this dish lie in a trip we did once down to the Brest Festival back in 2012. Rolling down the Chanel du Four in sunshine after a 3 day bash to windward our stores were running low and all we had was some left over ciabatta, half a block of cheese and some dried sausage. The combination turned out to be fantastic and since then we have fine tuned it to make the perfect quick lunch or even a tasty party snack.

Serves: As many as necessary, just keep adding ciabatta, cheese and pepperoni! One ciabatta will make 8 decent sized “pizzas” – and 3 or 4 of these is enough lunch for most people.

Time: About 10 minutes depending on how fast your grill is.

Ciabatta: Any will do – no real point going to an artisan bakery given what we’re going to put on it! If you can’t find ciabatta, then almost any bread works, we’ve even done it with sandwich thins, but something about ciabatta makes it work the best.

Cheese: Again, don’t get too fussy. As long as it will melt under the grill then it will probably be fine. A nice mature cheddar is just the ticket though.

Pepperoni Slices: We have tried all sorts of different options for this part and it turns out that pepperoni really is the best. At a push, chorizo isn’t bad and salami works as well but a nice, spicy pepperoni complements the cheese perfectly.

Uhm… that’s it! You can, as an alternative (for folks who don’t like spice or meat), use thin slices of tomato or very finely chopped red onion instead of the sausage. 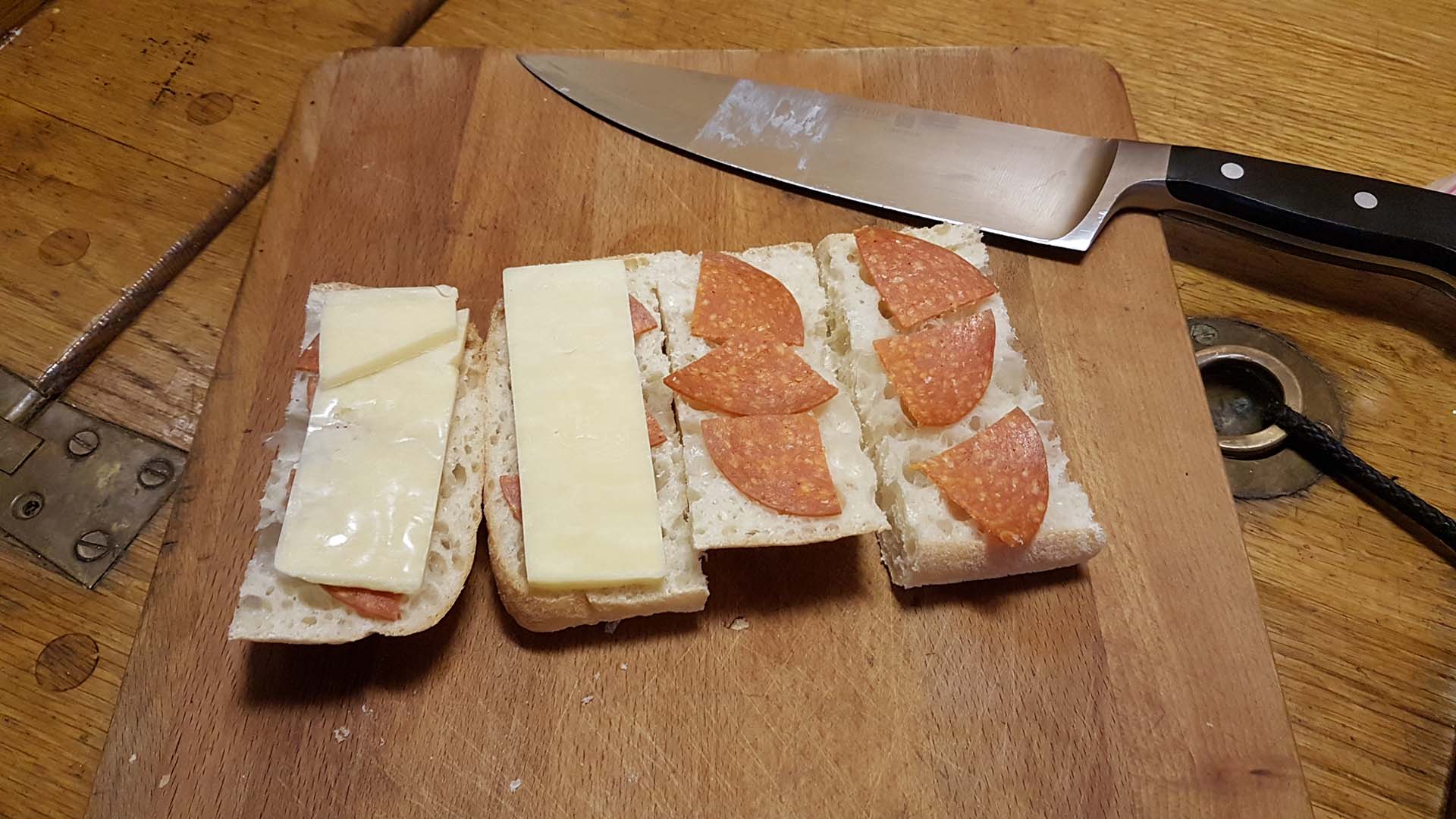 If you do find yourself with a few leftovers that the crew just can’t force down then let them cool down (the pizzas – not the crew) and then cut them into one inch square pieces. Pop these in the fridge and then when the time comes for sundowners whip them out and pop them in a bowl as tasty appetisers.

Let me know how you get on in the comments below.

Until next time… Bon appetite!